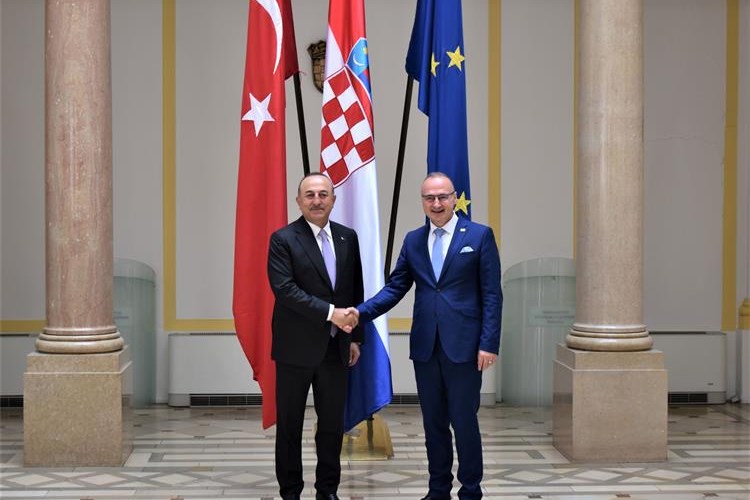 The visit has a special significance in view of the 30th anniversary of the establishment of diplomatic relations between the Republic of Croatia and the Republic of Türkiye.

Minister Grlić Radman thanked his Turkish counterpart Cavusoglu for the support and solidarity shown after December 2020 earthquake, adding that Croatia had also shown its friendship and solidarity in the devastating fires in Türkiye by sending Canadair aircraft through the EU Emergency Coordination Center.

Ministers Grlić Radman and Çavuşoğlu agreed that there are opportunities to further improve bilateral relations, especially economic cooperation accompanied by continuous development, with some of the areas being: energy, infrastructure projects, maritime affairs, IT sector, defense industry and tourism.

Turkey continuously supports Croatia on its path to joining the OECD – one of our foreign policy priorities.

I would like to remind you that last week in Paris we adopted the Accession Plan – which is a step closer to membership in that organization“, stressed Minister Grlić Radman.
The ministers also discussed the situation in the Western Balkans, especially mentioning Bosnia and Herzegovina.

„Croatia fully supports the territorial integrity, stability and prosperity of BiH, based on the principle of equality of the three constituent nations, as prerequisites for the stability and functionality of the country.“

“Croatia continues to advocate for the reform of the election law which in its current form is discriminatory (which is discriminatory in its current form) and therefore the next general elections in Bosnia and Herzegovina will be particularly challenging”, said Minister Grlić Radman, adding that electoral reform is necessary for Croats to enjoy the same rights enjoyed by the other two constituent nations.