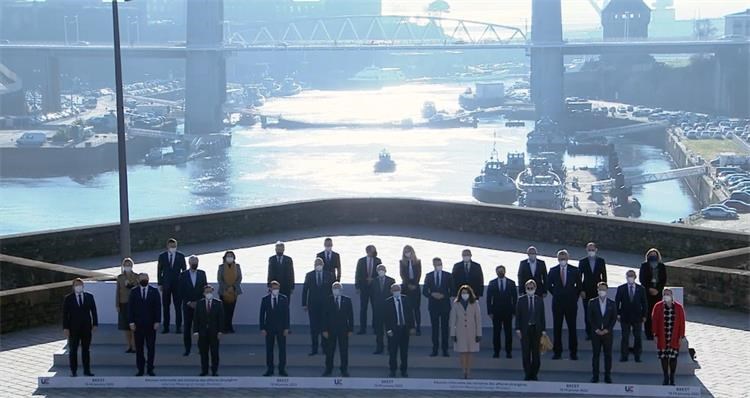 Minister of Foreign and European Affairs Gordan Grlić Radman on Thursday and Friday attended an informal meeting of EU foreign ministers (Gymnich), organized in Brest by the French Presidency of the Council of the EU.

The meeting opened with a debate by foreign and defence ministers on a revised draft of the EU Strategic Compass. "We welcome the global ambition of this document as well as the fact that it emphasizes the EU’s role in the neighbourhood, including the Western Balkans. We also underlined the importance of the partnership with the U.S. and NATO," Grlić Radman said, adding that the document has to be inclusive and encompass each member state's security issues.

The ministers also discussed the situation in the EU's eastern neighbourhood as well as possible responses to short and long-term challenges in that region. "We have sent a clear message about the importance of defusing the situation and the close coordination with NATO and the U.S., stressing that the EU should be actively involved in talks that impact its security," Grlić Radman said.

The minister underscored the importance of bilateral contacts with Russia, announcing that he would use his upcoming visit to Moscow to advocate the calming of tensions, promote dialogue and convey the EU's common position.

The meeting also discussed the EU-China relations. Grlić Radman highlighted the importance of competitiveness and strategic dependence while giving priority to diplomatic solutions whenever possible, without giving up on the EU's interests and values.

The EU ministers also met with representatives of the African Union, with whom they discussed further development of the EU-Africa partnership. Grlić Radman spoke about the ways to advance the partnership in a number of segments, from security and migration to post-pandemic recovery and green growth.