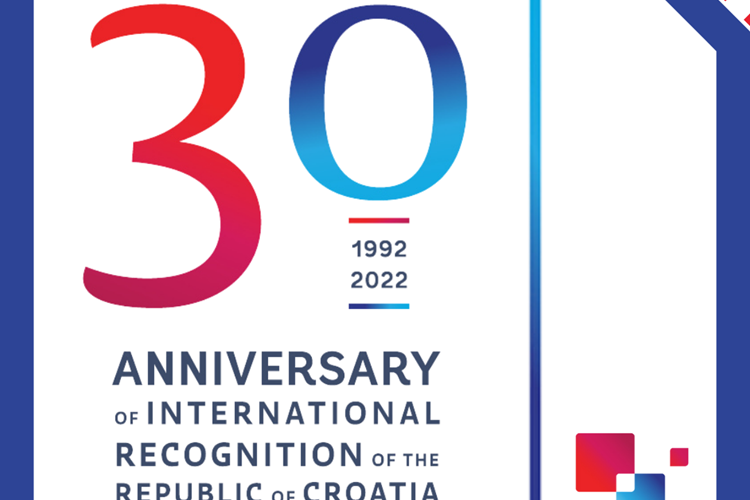 Today we celebrate the 30th anniversary of Croatia’s international recognition, which marked the realization of Croatian people’s centuries-long dream to return to the circle of free, sovereign and democratic nations of Europe. That glorious moment of 15 January 1992 will forever be etched into the national memory of Croatian people.

But the road to that historic achievement was not easy. Amidst the maelstrom of global political changes of the 1990s, then-president Tuđman decided to hold a referendum on the future of Croatia. At the referendum, held on 19 May 1991, the vast majority of Croatian citizens underscored the wish to continue with the policy of renewing Croatia’s sovereignty. That democratically expressed wish of the Croatian citizens provided the basis for the historic decision of the Croatian Parliament to proclaim Croatia’s independence on 25 June 1991.

Thirty years later, despite the hard road to freedom, Croatia is in control of its own destiny and future-oriented. In 1995, it freed most of its occupied territory and peacefully reintegrated Croatian Podunavlje, achieving territorial integrity. It joined NATO and the EU, and is on the verge of joining the Schengen Area and eurozone. Croatian language is now one of the 24 official languages of the EU, which Croatia presided over for the first time in 2020. In addition to Croatia’s political contribution to the stability of Southeast Europe, its soldiers are contributing to global peace by participating in a number of international missions.

To commemorate the anniversary, a mass will be held at the Church of St. Blaise, led by the Archbishop of Zagreb, Cardinal Josip Bozanić.

In addition, at the Zagreb Fountains tonight, flags of residential countries that recognized Croatia in 1991 and 1992 will be hoisted and illuminated.

Throughout 2022, the Ministry of Foreign and European Affairs and Croatia’s diplomatic and consular offices plan to organize a series of activities and projects of cultural promotion, public diplomacy and international visibility in more than 50 countries around the world, to coincide with the 30th anniversary of Croatia’s international recognition.