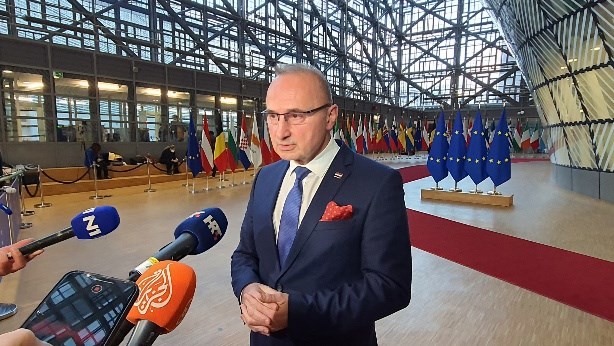 Croatia is opposing revisionist narratives coming from some parts of the Western Balkans as they might destabilise the region, Foreign Minister Gordan Grlić Radman told reporters in Brussels on Monday after a meeting of EU foreign ministers.

He was speaking about Serbian President Aleksandar Vučić's attempt to visit Jasenovac, the site of an Ustasha-run concentration camp in Croatia during the Second World War, without previously informing the Croatian authorities through diplomatic channels.

"We could not believe that the denial of approval for the visit whipped up such hysteria and nervousness in Serbia," Grlić Radman said.

Asked what he meant by revisionist narratives, Grlić Radman said that this referred, among other things, to the statement by Serbian Interior Minister Aleksandar Vulin that the Western Balkans can only be stable if all Serbs live in one state.

"That's not the narrative that reflects the 21st century and international law," the Croatian foreign minister said.

He reiterated that Vučić's attempt to visit Jasenovac was not appropriately communicated through diplomatic channels.

"It should be noted that Vučić comes from a country that attacked Croatia in the 1990s, and that he is a protected person. This is a very sensitive matter and that's why good communication is needed to prepare such a visit," Grlić Radman said.

He said that the note of protest, which the charge d'affaires at the Croatian Embassy in Belgrade refused to accept, was more about the past than about the future. He added that in the note Serbia exaggerated the number of people killed in Jasenovac, even though scientists have established their number and their names.

"Efforts are being made to blame the Croatian people, which reminds us of the early 1990s when preparations were made through the media to dehumanise the Croatian people and justify the Serbian aggression," Grlić Radman said, noting that the Russian propaganda machine is now using the same methods to justify the invasion of Ukraine.

Grlić Radman said that Croatia had condemned all the fascist crimes committed on its soil, while Serbia had not.

Commenting on allegations about members of Aleksandar Vučić's family having been killed in the Second World War, Grlić Radman said that his father too originated from the same area, namely Bugojno in Bosnia and Herzegovina, and that he knew that Croats had helped in saving Vučić's family.

"I discussed that with Vučić. My father told me that those families were saved," Grlić Radman said.