Entry of Finland and Sweden into NATO reinforces collective defence 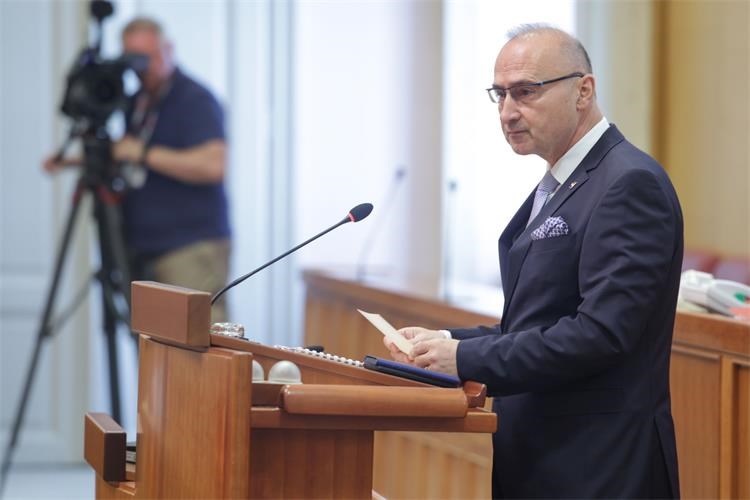 The adoption of the law on the ratification of the protocol for the entry of Sweden and Finland into NATO is Croatia's contribution to the further strengthening of the alliance and collective defence, Foreign Minister Gordan Grlić Radman said in the parliament on Thursday.

The foreign minister said in his address he hoped that the Sabor would be among the first ones to give its approval for this "historic enlargement".

On behalf of the government, the pertaining protocol, adopted in Brussels on 5 July, was signed by Croatia's permanent representative to NATO, Mario Nobilo.

The accession of Finland and Sweden to NATO will help the alliance to strengthen its northern and eastern flanks, and will include the whole regions of Scandinavia and the Baltic in the alliance, he added.

Commenting on Russia's invasion of Ukraine, the minister said that it had changed the security environment and that the whole of Europe and the world were in a very sensitive and dangerous situation.

"In this extremely complex international political and economic situation, membership of NATO has become more important than ever before."

The Croatian government considers Russia's invasion as an attack on freedom of choice, on international law and on the entire European security structure. Therefore, the interest of Finland and Sweden to join the alliance is fully understandable, said the minister.

The protocols will become effective after the parliaments of all 30 NATO member states ratify them, which Finland and Sweden can expect a formal invitation to join the alliance.