Medved presents Ukrainian ambassador with translations of laws on veterans 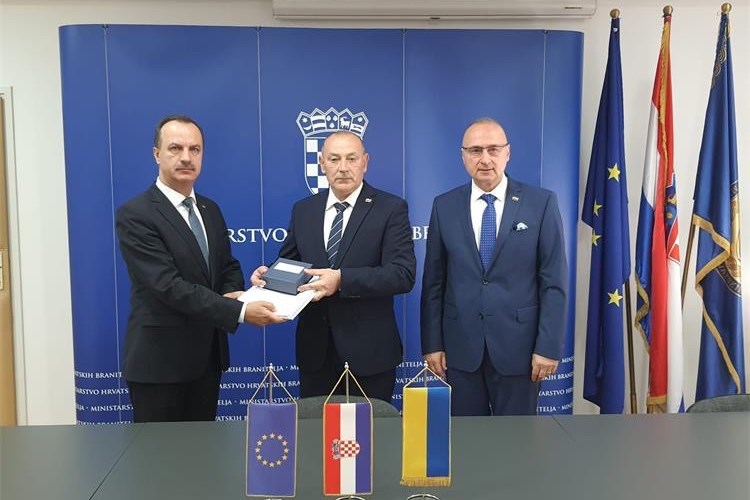 Croatian Minister for Veterans' Affairs Tomo Medved presented Ukrainian Ambassador Vasyly Kyrylych on Wednesday with Ukrainian translations of Croatian laws and programmes relating to care for veterans and civilian victims of the 1991-95 Homeland War so that Ukraine can use solutions that best suit its needs.

The laws in question concern Croatian Homeland War veterans and their families, civilian victims of the Homeland War, missing persons from the Homeland War, the Croatian Veterans Fund, as well as programmes for psychosocial and health care and for self-employment, according to a press release from the Ministry of Veterans' Affairs.

This form of assistance had been requested by Ukraine's Minister for Veterans' Affairs Yulia Laputina during an online meeting with Medved in late May, when they agreed an exchange of experience and further cooperation.

The two countries began cooperation in this area in 2016 based on Croatia's experience in providing for veterans of its 1991-1995 war of independence.

Ambassador Kyrylych thanked Croatia and its institutions for supporting Ukraine and its defenders.

The meeting was also attended by Croatia's Minister for Foreign and European Affairs, Gordan Grlić Radman.