Conference on the Future of Europe debate held in Pula 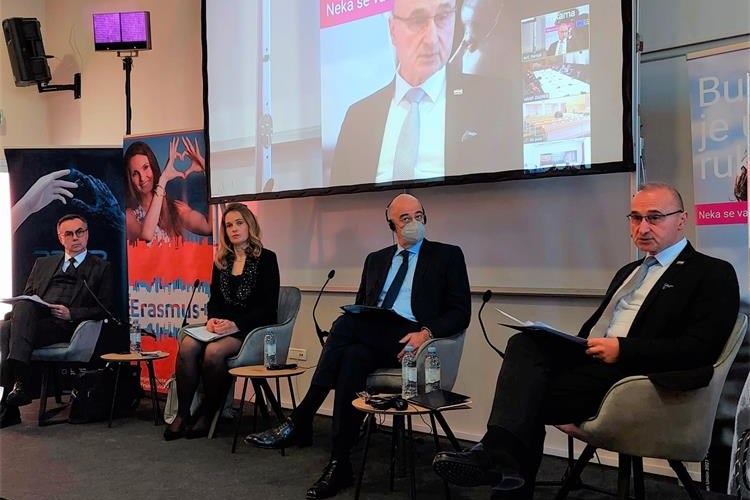 Minister of Foreign and European Affairs Gordan Grlić Radman, together with his Greek counterpart Nikos Dendias, participated in a Conference on the Future of Europe debate held 21 January in Pula. The debate focused on the security and defence aspects on the EU’s global and regional role.

“Croatia clearly sees NATO as the main guarantor of Euro-Atlantic security and its NATO membership as the main protection from possible external aggression. We advocate further deepening the partnership with NATO, which remains the cornerstone of our collective defence, and strengthening cooperation with the most important partner, the United States, in a score of topics,” said Grlić Radman.

Dendias said that strengthening Europe’s defence policy is complementary with NATO. “Can we rely on NATO? For Greece, and we have a real security problem, there is no dilemma. The European defence initiative is of use for NATO and Euro-Atlantic cooperation,” he said, adding that those are not two “antagonistic” concepts.

“We must be realistic. If we want the EU as a global actor, we must start at home and in our neighbourhood. We need more unity and more solidarity. We must take others' security problems very seriously,” Dendias said.

Grlić Radman reiterated Croatia’s stand on the need to change Bosnia and Herzegovina's electoral law before this year’s vote in order to prevent the more numerous Bosniaks from electing Croat representatives in the House of Peoples and the Croat member of the Presidency.

“BiH is at a crossroads. An agreement on changes to the electoral law and restricted constitutional changes would improve the political atmosphere in the country and replace the existing mistrust between the key political parties, with a view to achieving a more stable and more prosperous BiH,” he said.

“The absence of an agreement would push Bosnia deeper into political crisis with fatal consequences,” he said, reiterating that Croatia pushes for BiH as one state of three constituent peoples and two entities.