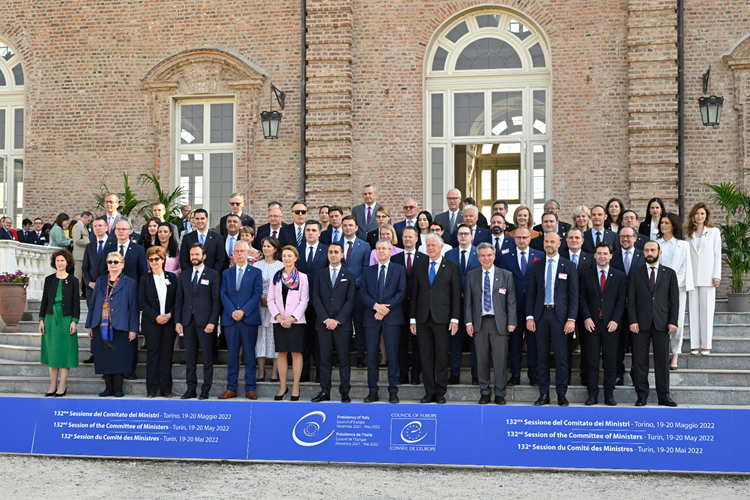 Minister of Foreign and European Affairs Gordan Grlić Radman on Friday in Turin participated in the 132nd Session of the Council of Europe’s Committee of Ministers. This year’s meeting was held in the context of Russia’s aggression against Ukraine and Moscow’s violation of international law and order, which resulted in Russia’s exclusion from the Council of Europe, one of the oldest European organisations.

In light of the new political and security situation in Europe, as well as the political, legal and humanitarian consequences of Russia’s aggression against Ukraine, the ministers underscored their unity within CoE as well as commitment to the common values of peace, democracy, rule of law and human rights, with the goal of strengthening intergovernmental cooperation and CoE itself.

In that context, Grlić Radman called for unity in support for Ukraine and reiterated Croatia’s full support for the country in the circumstances of grave violations of human rights and suffering of innocent civilians, recalling that three decades ago Croatia was also the victim of aggression.

In his address, the minister emphasized the importance of a strong and efficient CoE as well as the respect for international law. He underscored Croatia’s commitment to the organisation’s fundamental values – human rights, democracy and the rule of law. He highlighted Croatia’s dedication to fighting violence against women and corruption, and recalled the member states’ obligation to protect minority rights and languages, with the aim of eradicating discrimination and hate speech. He also advocated the open door policy for those European democracies who share CoE’s values and are prepared to meet membership criteria, voicing full support for Kosovo’s membership application.

Finally, Grlić Radman thanked the outgoing Italian CoE presidency for doing a great job in these challenging times and wished Ireland all the best in taking over the presidency.