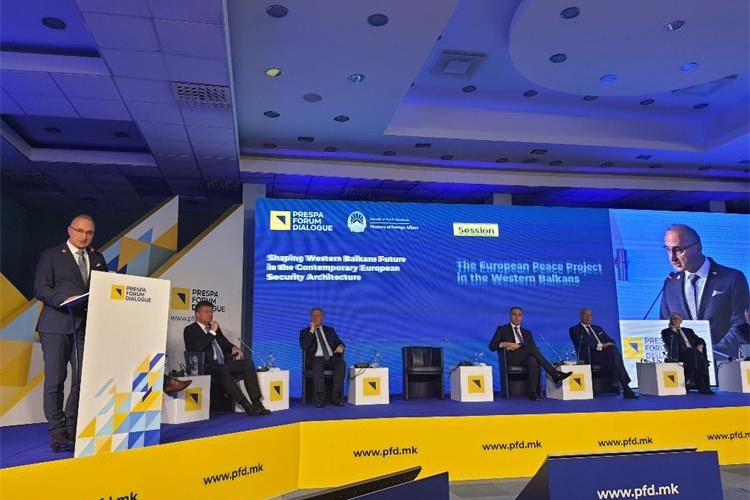 Croatian Foreign Minister Gordan Grlić Radman said at the Prespa Dialogue Forum on Thursday that the membership of the Western Balkan countries in the European Union is in Croatia's security and political interest.
"Today, political, economic or social fatigue can no longer be an excuse for a standstill in enlargement. We are at a turning point that will determine the fate of this part of Europe and the Europe as a whole," said Minister Grlić Radman.
"The future membership of the Western Balkan countries in the EU is in the political and security interest of the EU and Croatia," he added.
Minister Grlić Radman pointed out that Croatia's interest is stability in its neighborhood, and in that context said that it is necessary to pay special attention to the issue of  "inequality of constituent nations in BiH and discrimination against Croats in the electoral process."
"The multinational nature of BiH needs to be understood better," said the Croatian foreign minister.
He also mentioned that Croatia shares more than 1,000 kilometeres of border with BiH, so it is in its interest to have a stable and prosperous BiH with functional institutions.