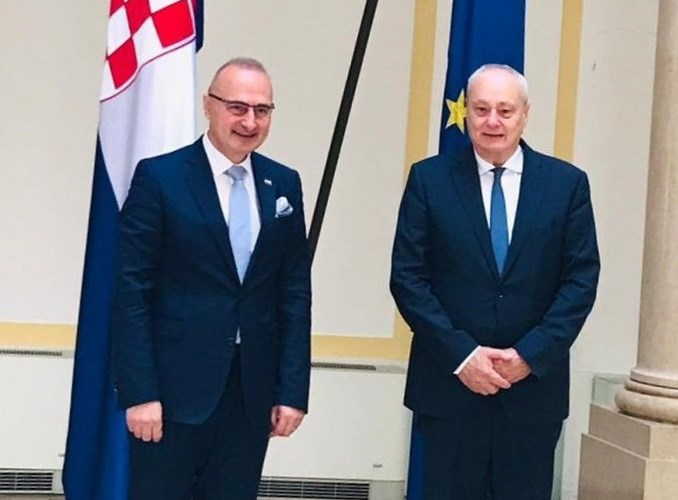 The Minister of Foreign and European Affairs Gordan Grlić Radman met with the Secretary General of the Central European Initiative, Robert Antonione, on Tuesday, June 14, 2022.
Opinions were exchanged on the activities of the Central European Initiative and the Republic of Croatia.
Minister Grlić Radman emphasized the importance of strong regional co-operation, especially in the context of increasingly complex challenges in the region of Southeast Europe following Russia's aggression against Ukraine.
He expressed the support of the Republic of Croatia to the Initiative and its main goals – European integration and sustainable development. The prospect of EU enlargement, minister said, is a strategic investment in European security, stability and prosperity. He praised CEI's numerous projects and activities in helping to achieve this goals.
Bulgaria's presidency of the Initiative is under way. CEI was founded in 1989. The  Republic of Croatia has been a member of the CEI since 1992, and has presided it twice so far, in 1998 and 2018.