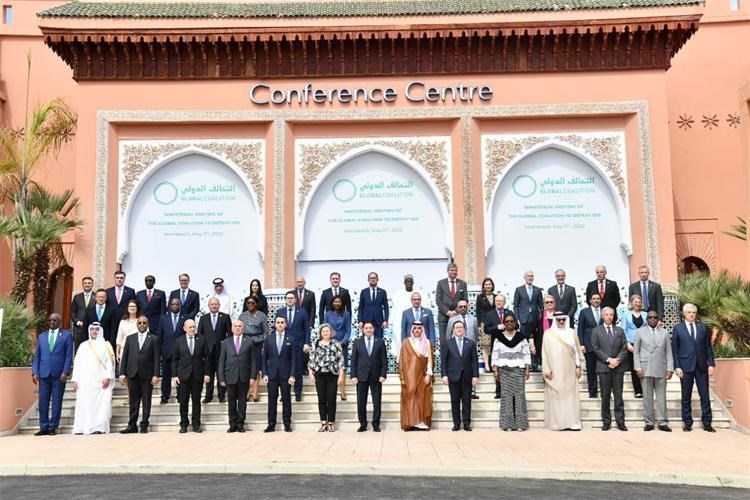 Minister of Foreign and European Affairs Gordan Grlić Radman on Wednesday in Marrakech attended a ministerial meeting of the Global Coalition against Daesh. The meeting was led by Moroccan Minister of Foreign Affairs, African Cooperation and Moroccan Expatriates Nasser Bourita and U.S. Secretary of State Antony Blinken.

The aim of the Coalition’s first ministerial meeting on African soil was to reaffirm the partners’ commitment to fighting Daesh through military as well as growing civilian action in order to defeat this terrorist organisation permanently. The participants strongly condemned the recent attacks in Afghanistan during Ramadan by Daesh’s Khorasan branch.

Expressing support to all the victims and their families, the Coalition reiterated its determination to bring all Daesh members to justice. It underscored that the priority was civilian protection and respect for international law, including humanitarian law and human rights, as well as for all relevant Security Council resolutions. The Coalition also emphasized the role of women and youth in preventing radicalisation and implementing de-radicalisation.

The Coalition’s main task is still to defeat Daesh in Iraq and Syria as well as to stabilise liberated territories and in the long run remove the causes that contributed to the rise of Daesh in Syria.

The Coalition applauded the establishment of the Africa Focus Group as well as the Coalition’s enlargement in Africa.

Addressing the meeting, Grlić Radman reaffirmed Croatia’s commitment to the Coalition’s efforts and goals, underscoring the importance of the cooperation between the EU and Africa, including anti-terrorist cooperation.

The minister recalled the deaths of Hidroelektra’s workers in Algeria in 1993 and the execution of a Croatian national in Egypt in 2015. He expressed deep understanding for all victims of terrorism, adding that supporting tolerance as well as intercultural and interreligious dialogue is one of the best defences against terrorist propaganda and attempts to spread hate and fear.